Let’s make sure that we back what works

Equality in New Zealand is something that only the privileged can really believe in now. The poorest 30% of kiwi families see just 1% of the wealth created each year. Maori have 2.5 times the avoidable mortality rate of other New Zealanders. In education, which opens the door to addressing gaps such as these, we rank 33rd of 38 rich countries for equality in achievement. Moreover, while in most countries education achievement gaps close as kids get older, in New Zealand they only get wider. Some of our communities suffer from conditions like rheumatic fever that just don’t exist in other developed countries, and poor health only makes it harder for these inequities to be bridged.

No government wants this. Most of our elected leaders across the political spectrum are good people who want to see the worst off in society get ahead. Yet the numbers don’t lie: neither government-led initiatives nor light-handed regulations to support self-starters have changed the picture.

To make a difference, there’s an emerging consensus that we are going to need to tap the energy, insight and flexibility of those within the communities we wish to serve. Social entrepreneurs with roots in their community of interest have a deeper stake in the outcome, as well as a richer appreciation of the context within which the problems and opportunities exist. They can also be nimble enough to put the whānau or individual at the centre of what they do, and adapt their solutions to suit what they discover about those ‘customers’.

The world’s most innovative companies are massive backers and acquirers of start-ups, and do not feel that they need to (or can) invent everything in-house. Similarly, it’s close to a no-brainer for government to search for and financially support the best NGOs and social ventures, where those ventures prove effective at delivering outcomes in line with government priorities. The rub is in the words “prove effective”. Not enough discipline or realism is brought to bear in this area.

Some of the things that get treated as ‘evidence’ of an intervention’s success include:

Another approach to measuring impact, which ignores today’s realities, is to set and monitor progress against fixed targets. This approach ushers in phenomena like hospitals who stop patients in need getting onto a waiting list, in order to meet targets for shorter waiting lists. That’s not the only downside of this approach, however. Overly rigid targets can prevent an intervention changing focus or pivoting to an area where it turns out to be delivering notable success. For example, a programme that sets out to improve reading may deliver dramatic gains in writing and critical thinking, but these may not be pursued if those gains don’t feature among the list of KPIs that will unlock funding.

A social pilot intervention needs the flexibility and support that angel investors provide to a start-up. It then needs to show measurable benefit and evidence of where to go next to enhance that benefit, in order to receive the equivalent of commercial series A funding. Then it needs to prove that it is extendable and scalable to justify additional (usually large scale) growth capital. At each stage, the numbers will tell a story, but the story must be allowed to evolve to match the realities being observed on the ground. There needs to be the same rigour to outcome analysis as a commercial leader applies when making investment decisions.

A hundred evolving stories can change the overall narrative for Aoteaora. If we can recruit our best and brightest social entrepreneurs from within the community — and hold them to appropriate account — we have a chance to turn our shameful numbers around. 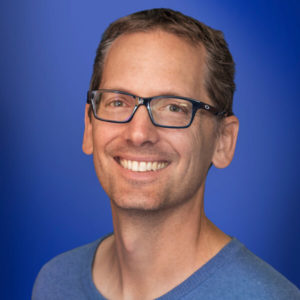 Baruch has headed up R&D, Product, Marketing and Customer departments in the course of his career. His passion is to use storytelling and organisation design to deliver better outcomes. Baruch’s portfolio includes digital strategy for one of New Zealand’s leading FMCG brands, developing operating models for innovative start-ups, closing sales in Tel Aviv and Silicon Valley, blending AI with traditional development, and helping to launch multiple social and iwi ventures.

Stay in the loop
(we don’t spam, promise).

Thanks for subscribing! Please check your inbox for further instructions.

Something went wrong. Please check your entries and try again.